I’ve been doing some research. For a change this didn’t mean clicking through eight million Google hits, but going to The Mitchell Library in Glasgow and working my way through microfilm of newspapers from the 1930’s. 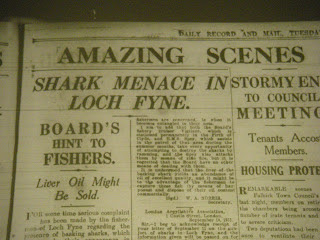 The headline above caught my eye. Goodness knows how basking sharks could have been considered a “menace”. But reading the headlines and stories, it struck me how important the sea was to every day life back then. There was hardly a front page without some nautical story or other. It was usually bad news but then what changes? 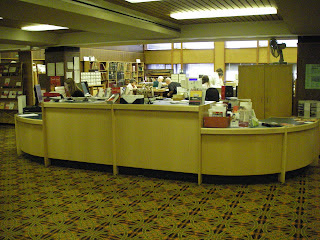 I was also surprised that as early as 1933 there were numerous anti-Nazi stories. Of course these were probably true. But spinning through this first draft of history it felt almost as if the readers were being softened up for war.

That wouldn’t happen today. Would it?
Posted Tuesday, February 27, 2007