'In the early 1700's an Inuk paddling a traditional Greenland kayak landed on a beach near Aberdeen, alone and exhausted, and died three days later.'

So starts the cover notes of Searching for the Finman by Norman Rogers, a book I thoroughly recommend.

Many kayakers have heard aspects of this story, but Norman was motivated to find out everything he could.  Hence the subtitle, 'An unplanned journey in homage to the kayak and its Inuit masters'.

What he found is utterly fascinating; tales of a whole community of 'Finmen' living off a remote Scottish island.  But how did they get there?

The solo kayaker was probably carried from Greenland as a 'prize' by a whaling or expedition ship, keen to return with a (albeit unwilling) trophy.  But how could a whole community be explained? 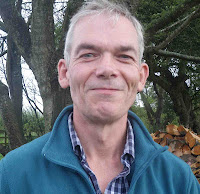 It explores the Greenland equipment, the hydro-dynamics of their craft and how long and how far a human body could be expected to paddle.  Could they have travelled from Greenland to Scotland in their own craft?

All this could be quite dull, academic stuff, but it's not.  Driving the narrative is Norman's own drama.  A marathon kayak paddler, he suffers a serious health problem.  While doctors investigate this, and put him right, Norman investigates the Finmen.  All comes good in the end and he completes the Devizes to Westminster race.

As for the Finmen part of the story - I will not give away Norman's conclusions.  For that I suggest you click the link below and buy a copy of the book.

Or you could listen out to the first new Podcast in ages at SeaKayakPodcasts.com on 1st October when the updated site goes live.


Again, we won't reveal the punchline, but you might glean enough to make up your own mind about this fascinating mystery.