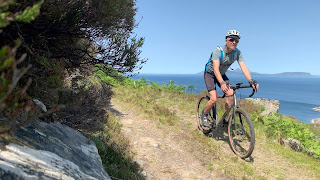 Owning a gravel bike has brough a whole new dimension to my cycling.

I still enjoy road riding and events like last weekend's Ride to the Sun.

But the Sonder Camino Ti has allowed me to look at tracks and trails with fresh eyes.

I've been on Scotland's west coast for fourteen years and had a mountain bike for all that time, so previously I could have tackled those trails.  Yet there's something about the gravel bike that just makes me want to explore.


It the versatility which makes the difference, and this route is a great case in point.  A mountain bike would get you along the off-road section.  But the return loop, including 8 miles of climbing on tarmac, would be a lot less fun.  In time I'll post a link to all the GPS tracks I've ridden in this area, but that's for the future.  For now, here's the route and and video all about it. 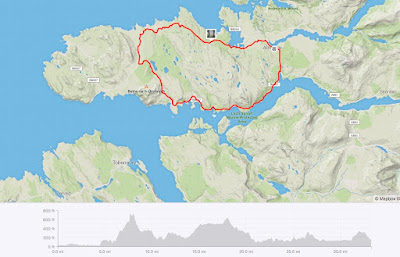