Showing off for Strangers - a social media guide for beginners

I was recently asked to explain the different types of social media to a friend who wants to start using it to promote aspects of his business.  This is what I wrote.

Social Media’ is a catch-all term for very different types of media, each of which needs a specific approach. 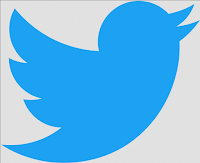 1. Twitter - It has become a shouty, unpleasant space where it’s difficult to pick up new followers.

They tend to find you from another route, such as looking on your website for your Twitter profile so they can ask you a question.

As a marketing platform, for a business with a diverse product base, it’s not great.

But it’s worth monitoring simply so you can respond to questions and build engagement.  I regularly delete all my Tweets. 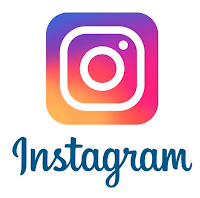 2. Instagram - a friendlier photo-based platform, but you can’t add hot-links in the posts, so promotion needs to be more subtle.

Owned by Facebook, once Instagram has you it wants to keep you, so doesn’t allow links to places off its platform.

The key strength of Instagram is that users can stuff their posts with hashtags, and other users actively search these (hashtags are used on all other platforms but work best with Insta).  S

o some people will click #seakayaking (for example) on one past and all the posts with that pop up in an instant.  Therefore if your photos are good and engaging, you get found and followed.  It’s much easier to build followers in this way than on Twitter. 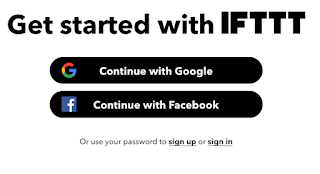 I use a free App called IFTTT (If This Then That) which automatically re-posts Instagram photos onto my Twitter as native photos, not links.  IFTTT is a quite amazing service which can do a lot! 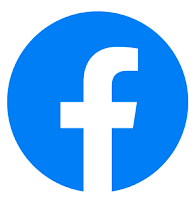 Facebook wants to keep users on their platform for longer and longer, so it can put more adverts in front of their eyes.

The Facebook algorithm searches out material it thinks each user will like and displays it.  How does it know what they’ll like?  Because other users, friends and people with shared interests, already clicked to say they liked it.
Video uploaded directly to Facebook (rather than pasted from YouTube, a deadly rival platform) is the most highly favoured content.  80% - a true figure - will be watched with the sound down, so speaking needs subtitles.  The video to produce should encourage the user to 'engage' (to click Like, to Share and to Comment) but without pleading for those things.  Amazingly the videos are screened for these terms and marked down.  So ask, “what’s your opinion on this?” to encourage a comment.
Getting one of your posts seen by more people, who then like it, so Facebook shows it to even more people who like it, is a virtuous circle and the holy grail of Facebook promotion called Organic Reach.  If a post starts doing well you can pay Facebook to put it in front of even more users eyes - they call it 'Boost your post'.  It can be worth doing.
I’m trustee of Highland Openwater Swim, a charity running events in Scotland, and all our promotion is free through Facebook.  There are some very good free online tutorials about using Facebook, and this one might be a place to start.  After that, head to the content creator’s channel for more.
My biggest gripe with Facebook is that it is heavily skewed towards new stuff.  You can work for days on a video but, a week after posting, no-one new is seeing it.  It has dropped down their timeline.  That’s why I favour YouTube which has long burn on good content.
Oh, and I also wipe my entire Facebook account every six months because I don’t want them knowing everything I do.  I also wipe my Twitter account.

4.  YouTube - The world’s second largest search engine and with many more viewers than all the TV stations on earth, a good video there will be watched for years.  My Sea Kayak with Gordon Brown channel is still getting subscribers, even though it’s six years since the last new video.
However, there is so much content on YouTube you’ll never get noticed unless you manage your content correctly.  You need the right keywords, titles and thumbnails to encourage clicks.  Like Facebook, once people start liking your videos, and watching them to the end, YouTube will suggest your videos to more users.  Also like Facebook, the YouTube goal is to keep you watching their platform so you see more adverts.
If you have good content it’s a great platform for long term commitment and engagement.  It’s no surprise that this platform (and Instagram) are where the ‘influencers’ are most influential.  Some have subscribers eagerly awaiting the next video, and it never ceases to amaze me how many people subscribe to poorly made video channels.  The content creators can make quite a lot of money too.
5. Stories - Instagram, Facebook and YouTube all now have a ’stories’ section (circles at the top of the page) for fast vertically-framed media (stills, text and video) that vanish after one day unless the settings are tweaked.  These mainly reach followers, so I wouldn’t bother about this until you have decent numbers following.
6. Live -  Instagram, Facebook and YouTube all let you live stream to followers.  Influencers set aside 30min each week or month to use this to talk directly to their followers.  People text in questions during the live stream and the host replies live.  I could see this working well with the your community texting questions directly to someone well known.  It’ll be clunky at first but could build, especially if you promoted it. 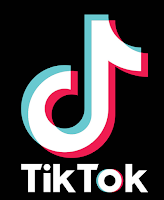 7. Snapchat, TikTok and more - if you are over thirty years old, you will likely be mocked for being on these platforms.  There’s an “OK Boomer” meme.  Personally, I love TikTok, but I’d stay away from trying to leverage it as a promotional platform.
8. Podcasts.  I was a decade too early with SeaKayakPodcasts.com  and no the podcast era has arrived.  Even the BBC makes shows just for podcast.  Despite being dormant for 6 years, I had over 27,000 downloads last year which is utterly amazing!


The problem with podcasting is it takes a lot of work for zero financial reward.  Successful shows must get sponsors.
Posted Wednesday, March 04, 2020