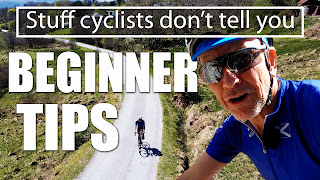 I've added a mini series of videos to my YouTube channel (YouTube.com/AlwaysAnotherAdventure) called What Cyclists Don't Tell You and given it a playlist.

I decided that experienced cyclists take lots of 'stuff' for granted, from types of clothing to gear-changing technique to getting comfortable pedalling position.

I hope to help new cyclists quickly acquire a few of those snippets of knowledge.

A huge increase in cycling has been widely reported during COVID19.  They might be new cyclists or those returning to it.  It would be great if those people could keep cycling once life slowly returns to normal.

Normally they'd acquire the knowledge from riding with others or going into bike shops.  At the moment, that's out.  Hence this mini-series.

Other experienced cyclists might scoff at the simplicity of the information I'm sharing, or even disagree with some of it.  That's fine. There are plenty of other adventure cycling videos on my channel to watch, and I will add to those.  Here's the first of the videos.

Constructive suggestions about additional 'stuff' I should cover would be welcome.  Either offer the explanation  yourself in the YouTube Comments, or point me in the right direction.  All my social media links are on the YouTube channel.

YouTube experts would probably caution against developing my channel in this way, but that's not the point.  It feels like the right thing to do at this time. 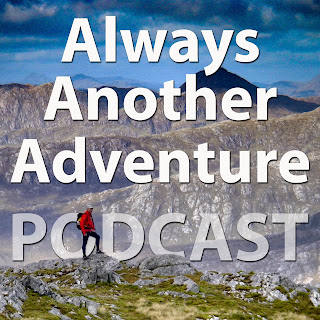 The day after lockdown was announced in the UK, I woke at 5am and knew I had to start a podcast in which great adventurers share their great adventures.  My thinking was, since we couldn't get outdoors much, we'd bring great outdoor adventures indoors for the duration.  I used the same title as the YouTube Channel because I'd already bought the URL https://AlwaysAnotherAdventure.com  .  3500 downloads later, it's going quite well.  Let's see what happens with the channel.