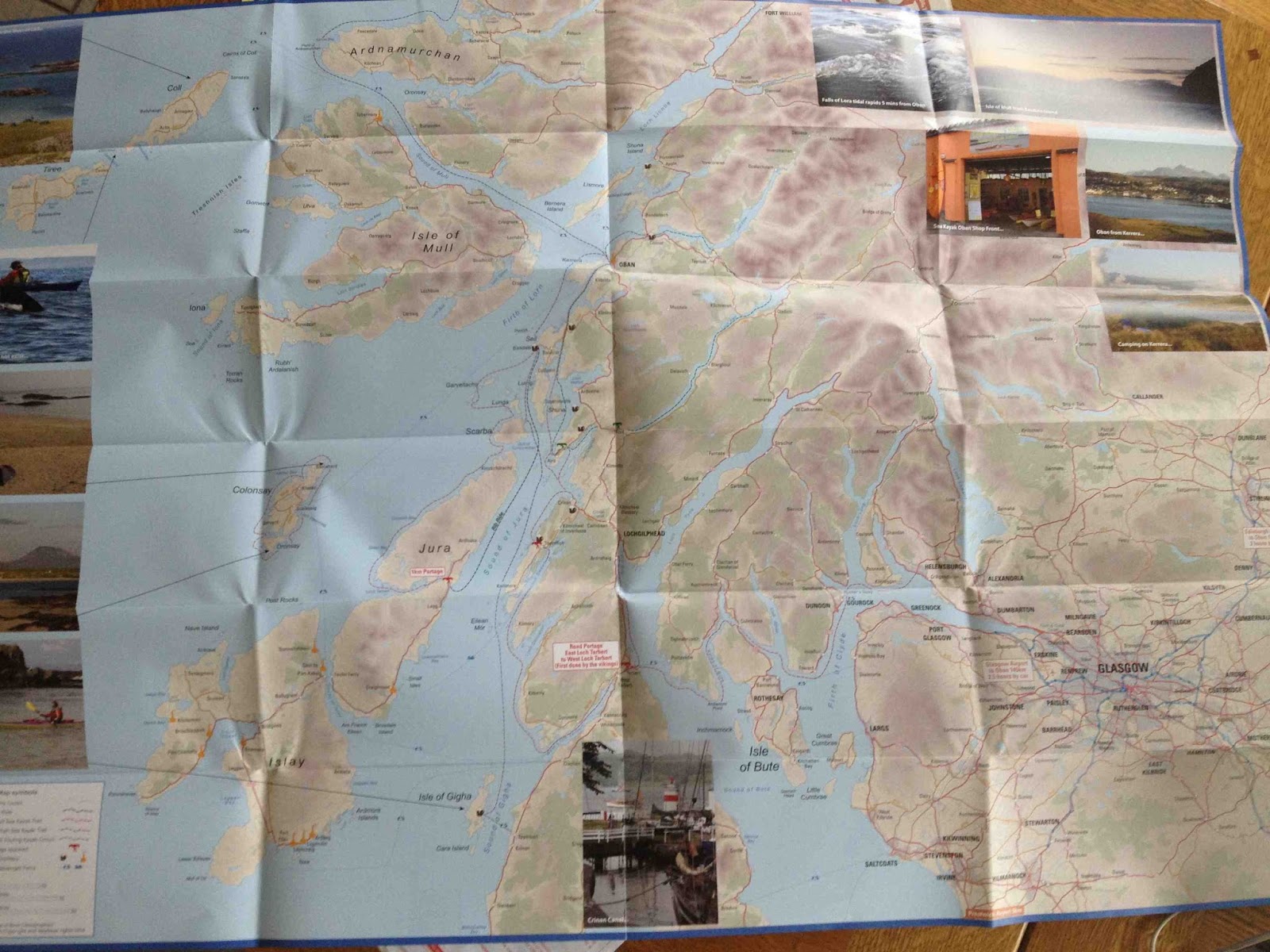 * my own Scottish Sea Kayak Trail

*a series of one-day and two-day paddles.

Where tides are particularly significant, these are also on the map along with another essential - pubs. Although since this is Scotland we should really say 'bars'.  Oh and distilleries.  All the main roads are also present. 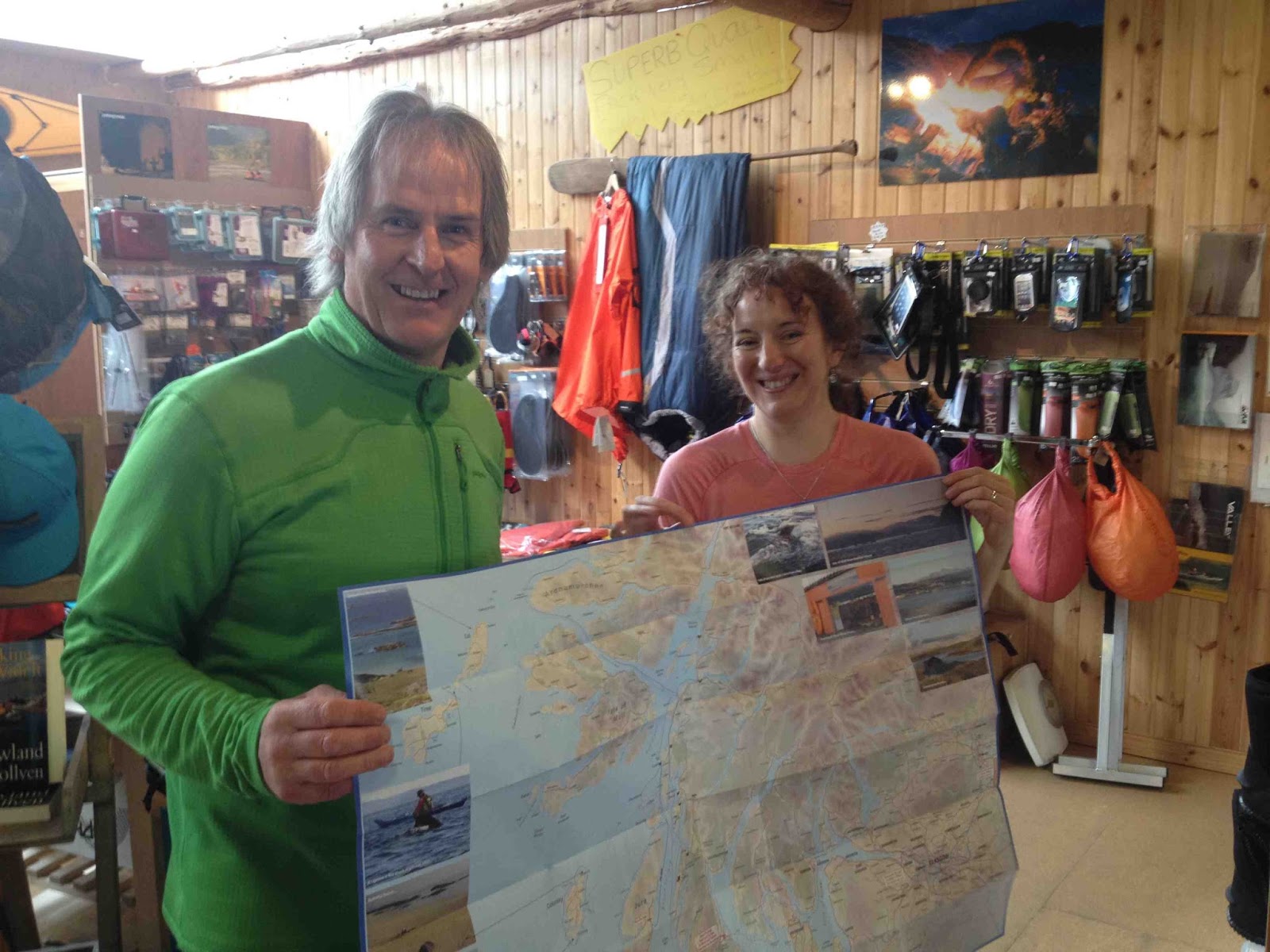 It has been produced by Cathy and Stewart Wagstaff of Sea Kayak Oban, so naturally this map is centred on their home base of Oban.

It covers from Ardnamurchan Point to the Isle of Gigha.

Stewart plans to produce another map for the area north of Ardnamurchan if this first publication proves a success.

This is clearly aimed at visitors to the West Coast in general and Oban in particular.  I imagine many paddlers arrive at Sea Kayak Oban, rent some kayaks and ask, "where's the best place to go".

Rather than spend ages talking the clients through the options, they can now offer this map (ideally in advance) to plan their trip.

(Considering the relative amounts of information the books are much better value but I would say that, wouldn't I?) 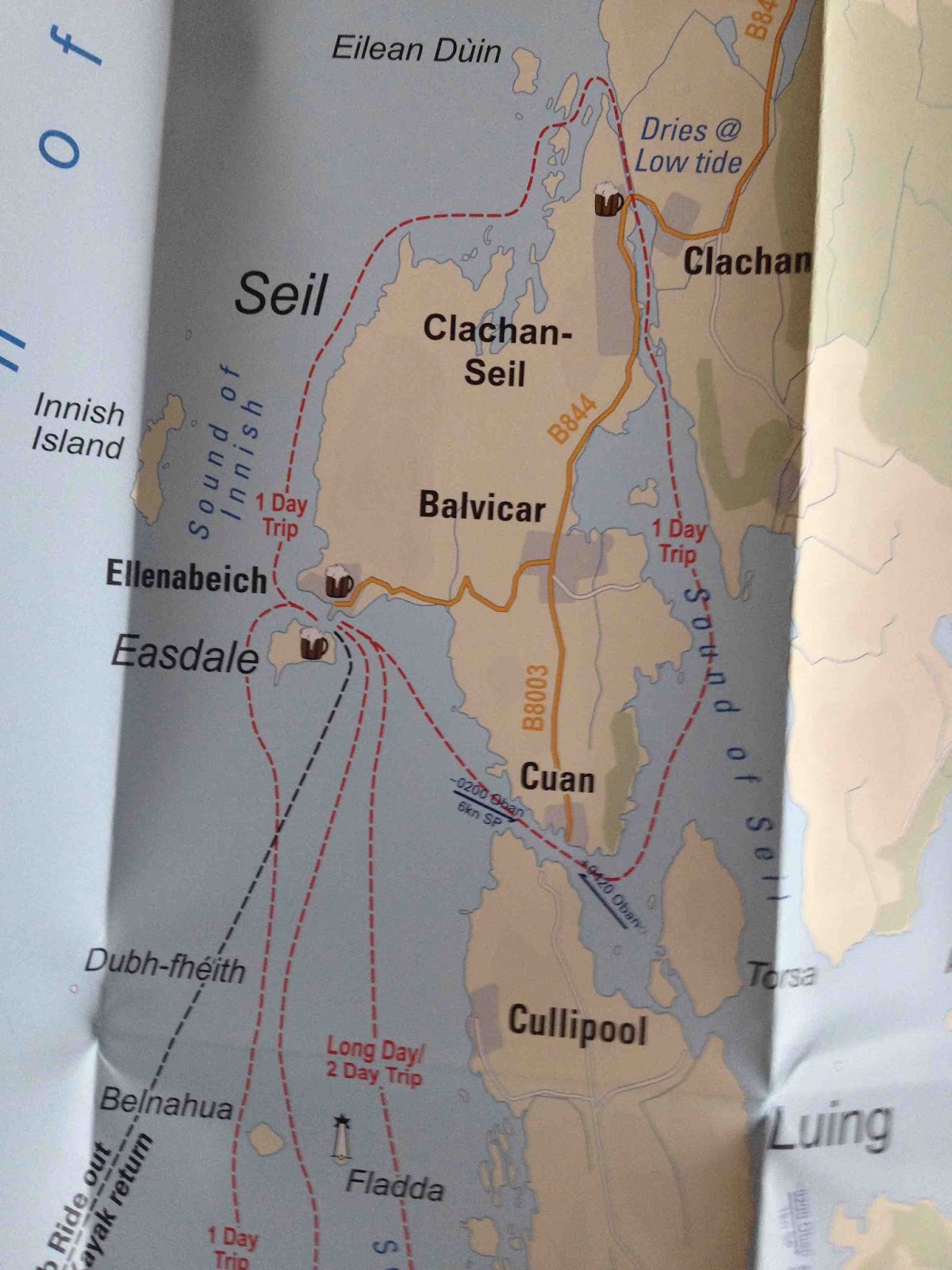 Until the publication of Douglas Wilcox's much anticipated and long delayed guide books to the main west coast paddling area, this map is one of the best things around.

That said, there is more tidal information on Pete Knowles' West Coast of Scotland Sailing Map

What's more, the new map details relatively few (if any) trips which start somewhere other than Oban.

For example, there are none on Mull; in Loch Sunart; off Islay.

In fact, there are none south of the Corryvreckan or north of Shuna Island.

But then, the entire point is to draw visitors to Oban.  In that, I expect it will work very well indeed.