Nice Photo - Will It Sell?

A few weeks ago I uploaded a selection of images to Picfair, a new photo sales library.

I like the simplicity of Picfair - one licence covers a multitude of uses and there's just one price which the photographer sets.

Yesterday, this image was chosen by Picfair picture editor Sally as her number one pick.  You can see the others and read the background on her blog.  So...
The number of image views dramatically increased as a result.  However, at the time of writing this I had made no sales, and it only costs £1.99.  What's more, I've made no sales of any images to date.

Initially I was concerned about Picfair's search algorithm.  It seemed unable to find any of my sea kayak images, even though they had been 'starred' as good shots by someone at Picfair, and instead threw up ridiculously unconnected images.  Now that has changed and the search finds my photos.

But for me the jury is still out on whether Picfair is genuinely a place where I can sell photos, or whether it's a mixture of vanity publishing and a well curated Flickr where you can look at eye catching shots.  We'll see. 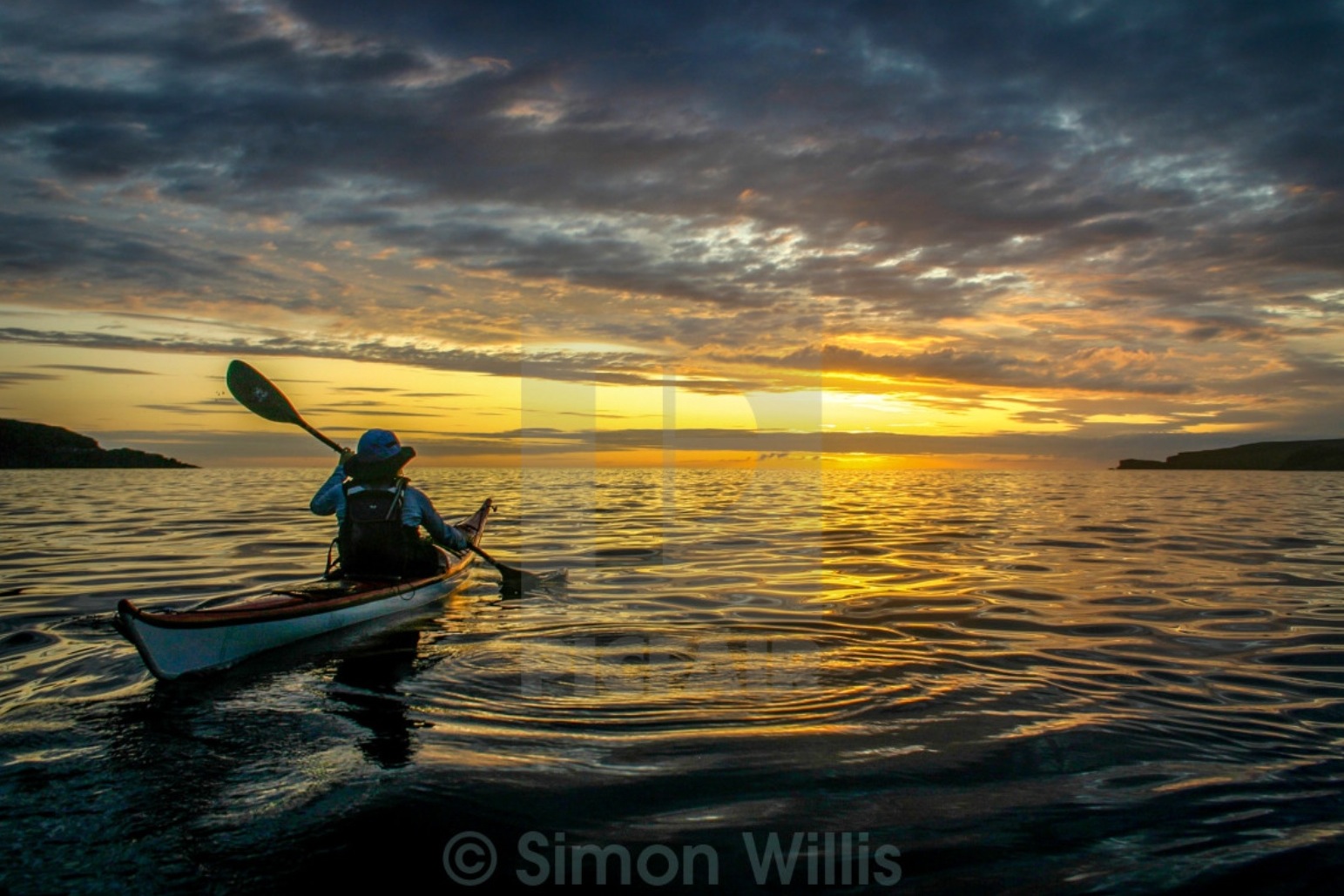 Edit - The above shot has indeed sold… one copy at £1.99.  One week later I'm in Picfair Picks again, this time with the shot below.  Jury is still out though... 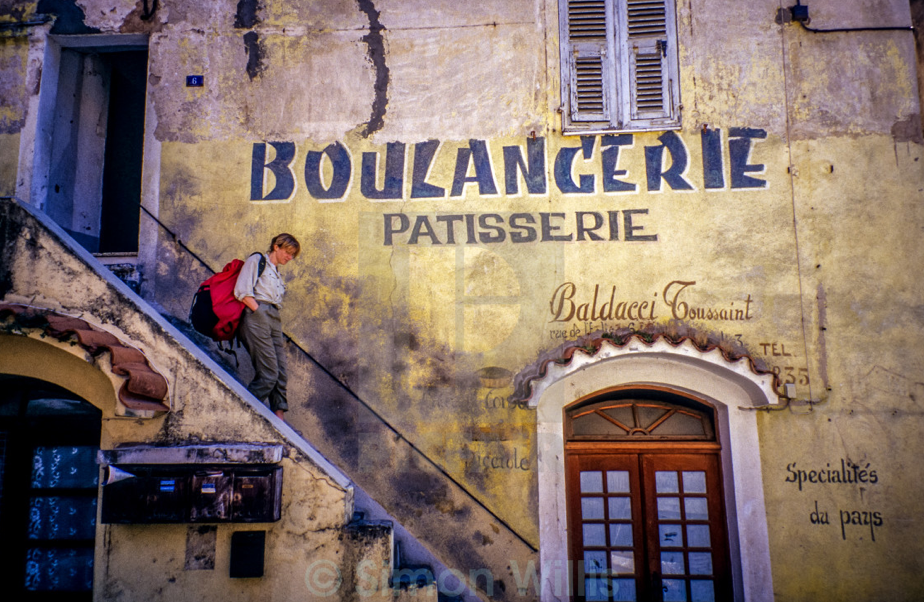 Congratulations Simon, excellent work and great to see it recognized. I hope the business is profitable for you.

Thank you - I'll come back to this in a few weeks and report whether or not I get any sales.
S

I'm on Picfair for 6 months now.
I was happy as I sold one picture for £5. So i uploaded more pictures, trying to think what people or agencies could find interesting.
Despite being better at photos, no sales since then...so I was wondering as you how genuine it could be...
Probably I will move on.
Cheers!
www.ludovicfarine.com

Nice blog you have there. Jury is still out on PicFair, but interesting to learn about your experience. I think I've sold two shots, which is not exactly inspiring. I certaiunly haven't added more since my initial upload.

I am trying to find out more about sales on picfair. I am finding s few people, including me, who have sold one image. The cynic in me thinks that Picfair may be buying the first image themselves to encourgae us to upload more images.

Lynn, I feel the same as you do.
I sold one picture on the first days, then nothing...
I sent an email about my frustration, even though the could be directly related to my pictures!
Anyway, they told me they are quite new, they are getting there, etc.
Personally, I leave my images I've uploaded so far, and I'm not gonna do any promoting or whatsoever.
Let see if I'll make another sale !

Almost six months since I posted my original piece and I have sold three images. The first was at six months (£1.99) the second at 4 months (£4.99) and the third 2 months ago (£9.99). However, that last one doesn't really count. I had been contacted directly to supply the image by someone who knew I had it, but because I was on holiday, Picfair was the easiest supply route.

So overall not very impressed as a sales route.

I don't think it can hurt to leave the images in place - after all they might be 'getting there' and it takes time to build a brand. I still wonder whether these are the sort of images which sell, or whether people want concept images - by which I mean something shot deliberately to illustrate a concept (eg. a tiny plant in a plant pot with a currency label to illustrate economic growth).

I won't be adding to what I have online.

It would be interesting if Picfair posted thumbnails of which shots sold the most copies each month to give guidance.

Have any of you had an uptake in sales via Picfair since this article was published, and you commented, please? I don’t want to get enthused by something that’s a waste of time - time being money, after all.

Hi Helen
I've only sold 6 shots, the last in 2016. I admit I'd neglected this site after uploading a batch, but it really hasn't worked for me.

A Road to Travel said...

I have had some images sold on Picfair. I have been on there for about a year and had stopped even uploading stock for a while. I was happy to find out when I went back that I had 4 sales both for $15.63 GBP. I have found that for me the in the travel niche that the photos from lesser known places get far more attention than big touristy spots. I have had better luck with Jerusalem and Sarajevo pictures selling 2 from each spot. Not great but still 62.52 GBP equals over $78. Wish I had checked and got it out before the GPB tanked. I sold 205 images during that time on Shutterstock for $43 total.

Hi A Road to Travel -

thanks for that information. I've recently put some shots on Shutterstock too, and while more sell, the prices are lower. Volume doesn't equal greater returns.

What I take from your comment is that carefully curated shots, priced correctly, can be better on Picfair. Where, incidentally, I'm now at £22.95.

I know it's a really long time ago since this post was made but for anyone else I think the problem is mainly the tags, because just because it is a nice picture of someone kayaking being on PicFairs Picks wont really help since unless you buy a print of a photo then it's mainly that it's a nice photo. But otherwise the three-thousand people seing that image wont really have an use of it so then of course probaly not buying it.
So trying to be even more specific with the tags will probaly help alot to get the people that will most likely buy it see the photo.

So maybe you could've tried searching on those tags and also taking some smaller tags.
And maybe describe the photo with tags. Examples:
Sunset, (Name / brand of the kayak), Clouds, Colors that are in the photo, water, people, evening or morning, and time of the year.

Great point - thank you. I've actually done more of this sort of thing now on Shutterstock and the tags work well, so I'm sure you're right.

Since January have posted 141 photos and had 2144 views.
However, so far ZERO SALES. But then I had the same result with Etsy (not so many pics, though). I'm not giving up, though, and will be posting more photos to my store https://col-south.picfair.com. There are literally billions of photos out there, so it is always a lottery unless you are an established photographer. I'm merely an enthusiastic amateur and treat Picfair as more of a showcase and hobby. If I start to sell, all the better.

Hi Col
I suspect that's exactly the right approach for PicFair contributions. Shutterstock photos sell more but they're micropayments so it doesn't amount to much unless you have lots of photos and you photograph specifically to follow trends.
S

Hi all, I just started with shutterstock and since they've decided to change the payment scheme, I'm a bit demotivated to continue, will it be worthwhile to upload my shutterstock portfolio to picfair?

Hi Isuru
I'm completely demotivated with both, and haven't even looked at my Shutterstock or PicFair account in ages, so I'm in no position to comment. I know that's not very helpful so sorry.

I was so excited to get on board with Picfair but after the reviews it seems like a waste to upload my photos and no sales.. Any recommendations for any other sites that offer fair pay and better sales platform.

I've given up with them. Shutterstock works but the payments are micro. I think this is something you have to work at, follow trends, and take photos specifically for. Just having a good shot and posting it on one of the sites doesn't cut it.

This is years later, but I'm posting this bc the post comes up when Pic fair is searched. In August 2020,I've just loaded 10 photos, but I noticed in Settings that search can only be enabled for paid accounts. I assume that means my photos will not come up when people search for their subjects. Kind of makes the whole thing a waste of time, imo.

I would like to thank you for the efforts you have made in writing this article. I am hoping the same best work from you in the future as well. pencil sketch

Best earn money to image hosting sites... Earn up to 9$ per 1000 Views.
- Earn 5% of money earned by each user you refer.
- Minimum payout only 10$.
- Worldwide traffic is acceptable.
- 100% accurate rates without any cheating or shaving.
- Only adult content is allowed.
- Any type of legal content allowed.
- Maximum Upload file Size is 20MB.
- Any image size qualify to make money.
- INSTANT PAYOUTS 24 - 48 hours.
- Payouts are processed using PayPal, WebmoneyZ.. Pic Baron

Personally I think you are selling your images at too low a price which is probably why you've had sales at PF. That might sound counterintuitive but the microstock industry is ruining the value of photographs which photographers like you (and I) have to pour blood sweat and tears into only to sell for less than the price of a lunch out. I am using Picfair like you and have just shy of 200 uploads and haven't sold a thing, I know it's not me as I've sold on another more well known stock website several times over and often for higher prices than I charge at picfair. Once I hit the upload limit of 200 photographs, which they've since imposed as they increasingly move towards a pay to use model, I won't upload any more as it's a pointless venture. The numerous reviews they have on social media with people claiming they've made sales on their first day are extremely suspect as well.

buy a photography Wonderful blog post. This is absolute magic from you! I have never seen a more wonderful post than this one. You've really made my day today with this. I hope you keep this up!

Nice post. I was checking this blog and I am impressed! Extremely helpful information specially the last part I care for such info a lot. I was seeking this particular information for a very long time. Thank you and good luck.
art gallery