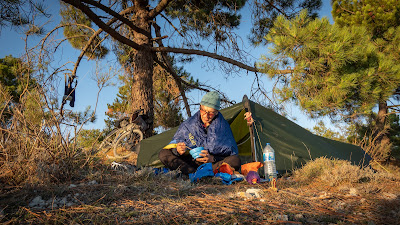 The Torino Nice Rally might go this way, although the organiser James Olsen tells me he wants to keep it rideable in 5-days (just!) so people can tackle it with only a week off work.

During my ride, I met people from around Europe and the UK who had travelled to the start by train and bike bus.  The challenge of travelling that way from Scotland proved too great for me.  Some groups of friends drive.  At least one cyclist rode all the way there from the UK, and presumably, home again.

Hardy souls do this ride.  You can see Short videos I shot and edited during the ride, and the more considered videos produced afterwards in this YouTube Playlist.

Assuming you are going to fly with your bike you immediately face the question of ‘open-jaw’ (ie into Turin, out of Nice) or in and out of just one of those airports.  If you’re flying from a London airport you have the luxury of choice.  Elsewhere it’s limited, with flights to Turin from Scotland and the North of England requiring a plane change in Gatwick with the associated potential for bikes to go astray, not to mention additional CO2 emissions with the extra take-offs and landings of four flights in total rather than two.

Fortunately, there are direct Edinburgh-Nice flights, so the choice was made for me.

Then the question is hard-shell bike box or cardboard?  You have no choice if you’re flying into Turin and out from Nice, it has to be cardboard (unless you're brave enough to ship your empty box between the two cities).  Be warned, bike shops experience high demand for their cardboard boxes in mid-September when the TNR riders hit town.  Nice airport sells cardboard bike boxes but, by all accounts, these are very flimsy and need reinforcing with tape to survive the journey.  Quite what protection they offer your bike is unclear, but small bags have reportedly dropped out of holes torn in the cardboard.

If you take a laid-back approach to all this and you’re happy to arrive with no real plan, then you’re much cooler than me.  I like things nailed down in advance; bookings made, hotels sorted, and transport agreed upon.

Having made a few mistakes, I’m fairly sure I now know the best way I'd want to travel to and from the TNR. 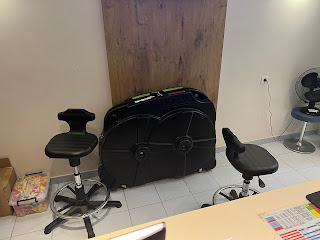 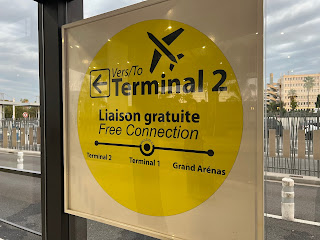 I only discovered this on the return, having trundled the box for +30mins to the hotel on my way out.  The most significant distance is between the two airport terminals, T2-T1, whereas T1 to the Ibis Budget Hotel is a relatively short hop. 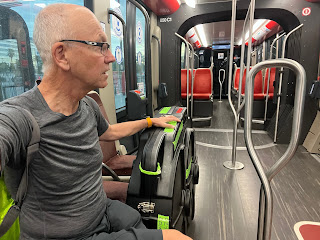 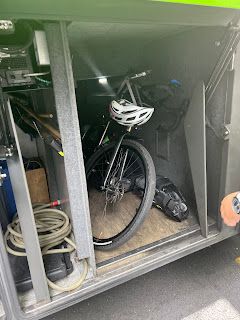 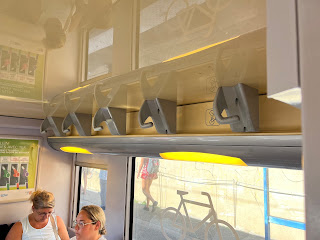 People tell me trains are an easy option but I found otherwise.  I was told Italian National trains take bikes as they are, while regional trains require them to be disassembled - or was that the other way around?  Either way, I found the websites impenetrable.  By contrast, the FlixBus website and App were a paragon of simplicity and clarity. 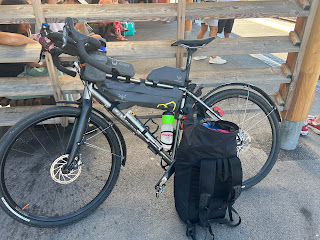 That’s it.  The rest is down to you.  My analysis of the kit I used, what worked and what didn't, is next.

Part 1 What You Need To Know
Part 2 Getting to the Start and from the Finish
Part 3 Kit List, What Worked and What Didn't
Part 4 Security
For background on the Torino Nice Rally, watch my interview below with the organiser James Olsen or download the Podcast version.  I've also recorded a podcast about my ride.
Posted Monday, September 26, 2022

Thanks for this information Simon. I've been looking at multiple options to get there and back safely from the UK and this does look like a great option.

Hi there, loving the videos - bringing back great memories. I drove to Nice and took the train to Turin which was really simple. The bike went free on the first train which was French railways. The other two trains were Italian railways and there was a nominal charge, maybe 8 euros to pay for it. We had no issue with finding space for the bikes, especially on the Italian trains. Hope that helps. Huw.